Manus is the only province that is also a district with twelve (12) LLGs on the island. It is the smallest island province with a total population of 60,485 in 2011 and a growth rate of 3.0%. There are twelve (12) LLGs on the island. The province accounted for 3% of PNG’s total population. Human Resource is the highest form of investment in the province and provides a major source of income for most of the population through remittances.

Access on the main island is through a major road network that runs through to Lombrum base and Lorengau towns. Small boats (dinghies) are mostly used for inter-island travel. Most people rely on this form of transport to access services in the main township of Lorengau. The most disadvantaged populations are on the outer islands such as Aua- Wuvulu and Niningo, Hermit and Kainer islands. These islands also fear the threat of going under water due to global warming. Education remains a major investment, but the challenges remain in equitable provision to the whole school aged population across the province.

The province has 124 elementary schools and 95 primary schools. Education provision across the province and varies. These schools are provided by the government as well as non-government organizations such as the churches which operate as Agency Schools. Given the challenges, which includes service delivery facilities for many islanders is through sea transport. This means of transport has been proving risky in the recent past with lives being lost at sea as people travel from island to island are difficulties encountered in providing basic education to all school-aged children. This is evident through the maps that shows the access rate, retention rate and quality for Manus province. 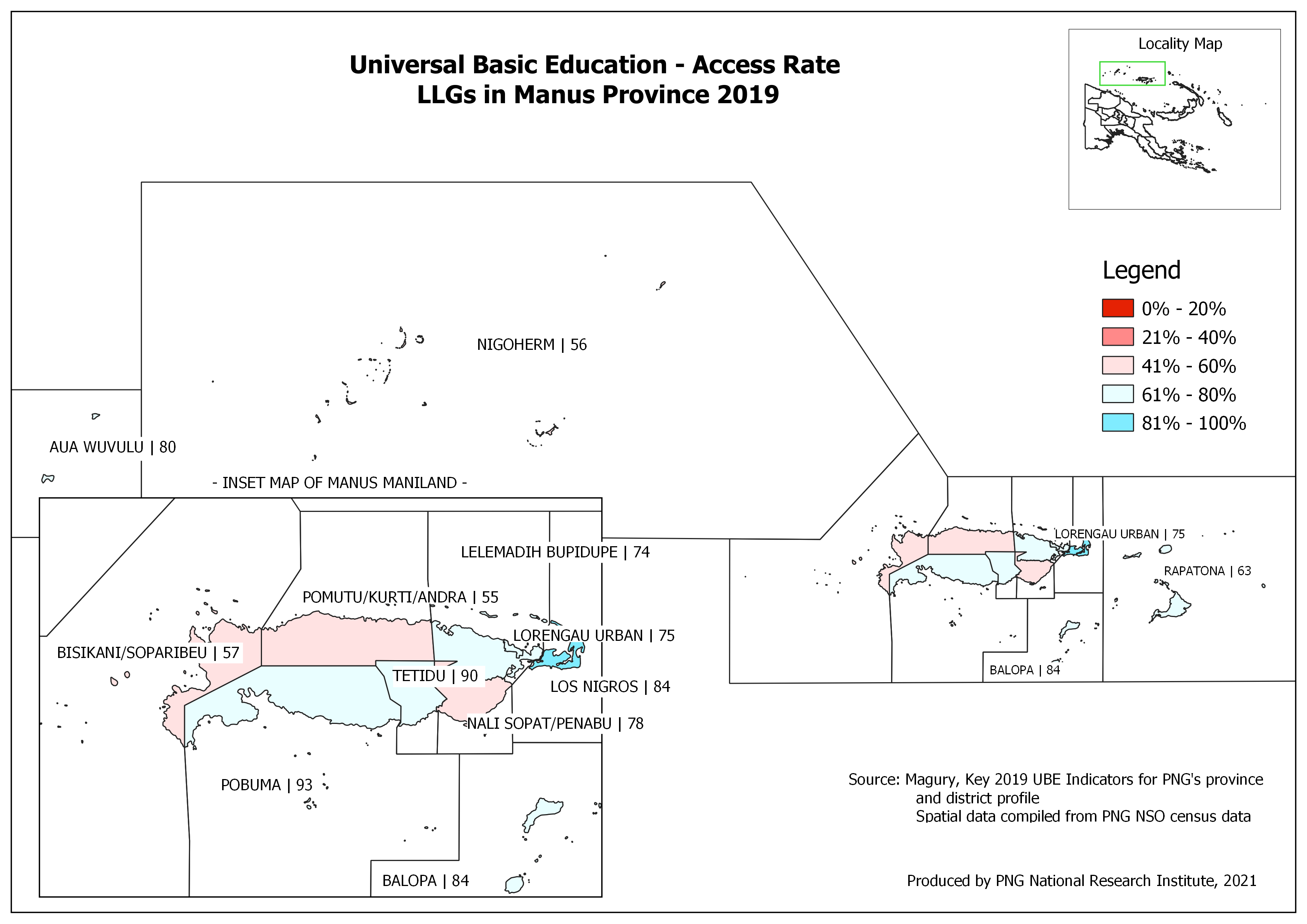 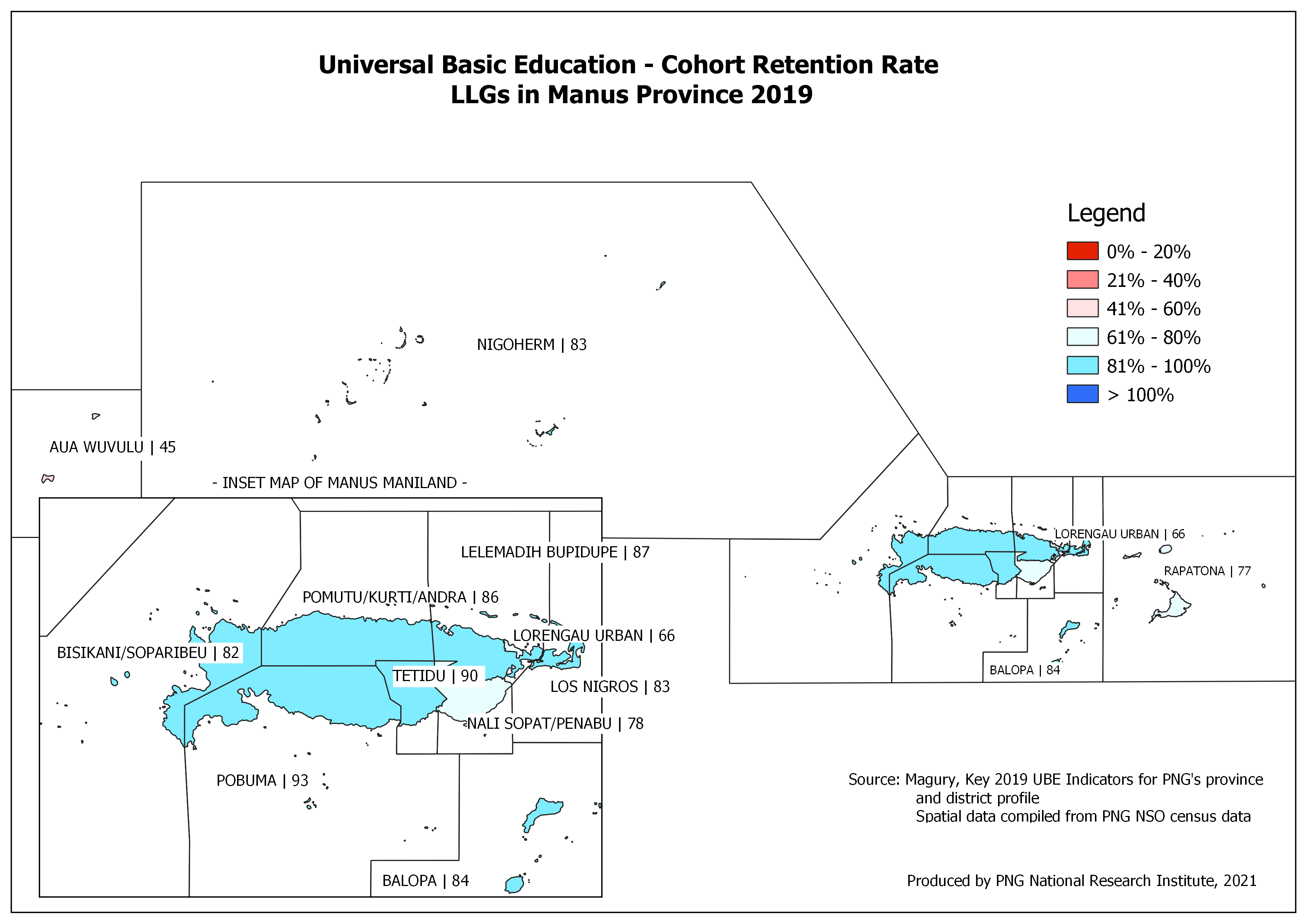 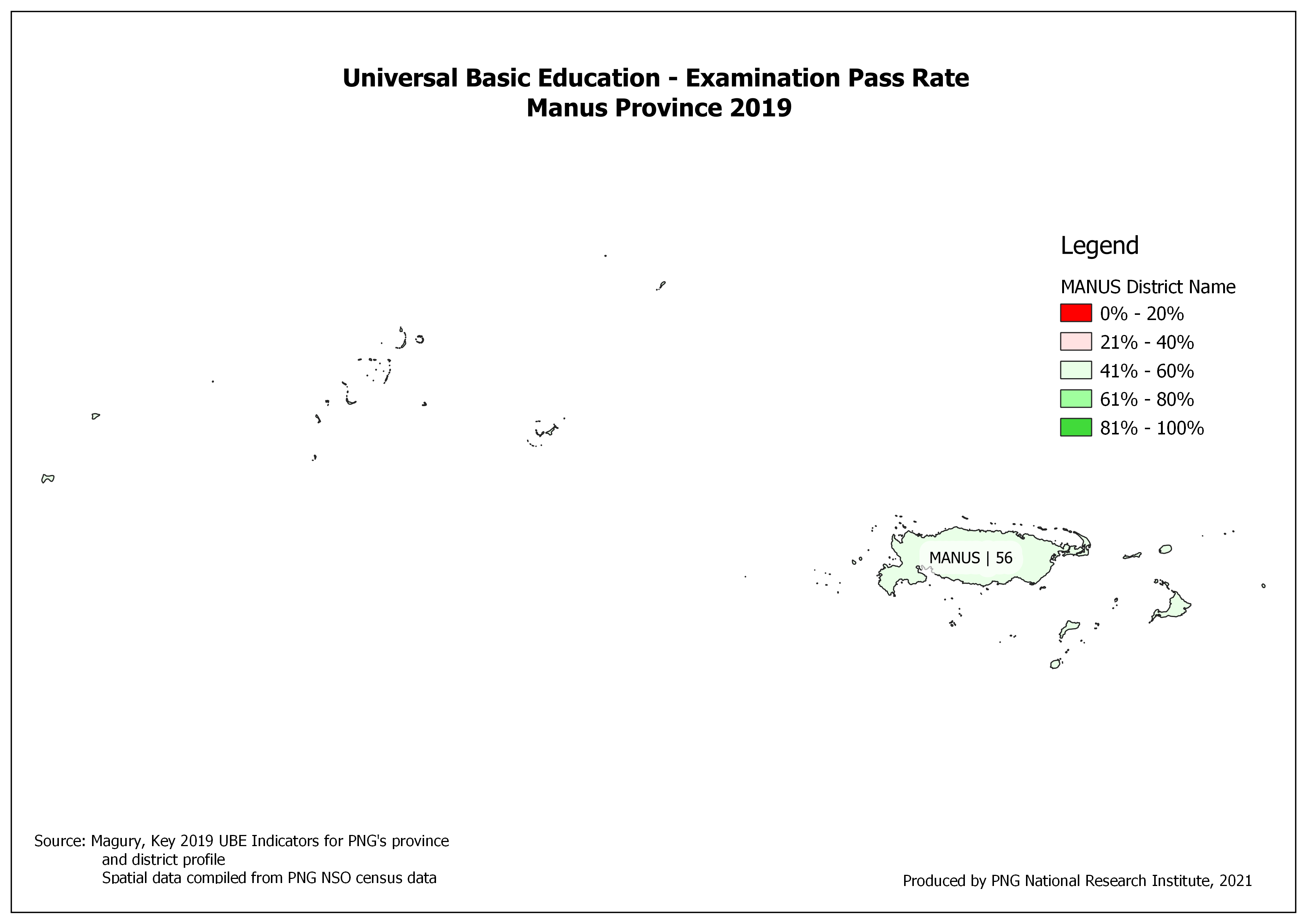 Figure 1 shows that the access rates is estimated at 66 percent of six-year-old children enrolled at the point of admission at elementary prep in Manus Province. About 7 out of every 10 children who are six years of age are enrolled in elementary prep. In contrast, about 34 percent of the six-year old school aged children were not enrolled in schools in 2019. The reasons vary and include enrolling later, however the push is to have all children who are 6 years old to be enrolled in schools. The province needs to double its effort in increasing access to basic education. The challenge now is for all local level governments to double their efforts in increasing access for all children turning six years of age to enter the first grade (elementary prep) of basic education.

Figure 2 shows that the cohort retention rate of 80 percent for the province are high and above the national average. This indicates that high number of children are continuing and completing the required cycle of education and in this case, 80 percent completed grade 8. In contrast, only 20 percent of the students who started first grade dropped out before completing the final grade (Grade 8) of basic education. There is a need to ensure that more efforts are required in keeping children in school until they complete basic education.

Figure 3 shows the examination that the provincial examination mark was estimated at 56 percent and for the province, they performed well above the Grade 8 National Examination PNG average (49%) in all subject areas. However, the overall challenge is to maintain this momentum while improving on the achievements and challenge each other to work towards achieving 100 percent. Needs a lot more improvement

Access to education refers to the number of 6-year-old children who are enrolled in elementary prep expressed as a percentage of population of 6-year old’s of school-age population which is 6 years to 14 years.

Cohort Retention Rate refers to the number of pupils who successfully completed an education cycle as a percentage of the same group of pupils who started the first grade (elementary prep) of the cycle earlier. A cohort retention rate of 100 percent, or all children who started first grade, completing final grade is the target.

For more information on the status of the universal basic education, Click on this Link.