West New Britain Province comprises of Talasea and Kandrian Gloucester Districts, and 11 LLGs. The province’s population in 2011 was 264,264 with a growth rate of 3.3%. The province accounted for 3.6% of PNG’s total population.

The province has 347 elementary and 195 primary schools. These schools are provided by the government as well as non-government organizations such as the churches which operate as Agency Schools. Some schools are easily accessible whereas others are very isolated, such as the island schools in the Kandrian area.

Given the challenges, which includes the vast land areas, difficult terrains and lack of infrastructure, are difficulties encountered in providing basic education to all school-aged children.  This is evident through the maps that shows the access rate, cohort retention rate and quality for the two districts in West New Britain province. 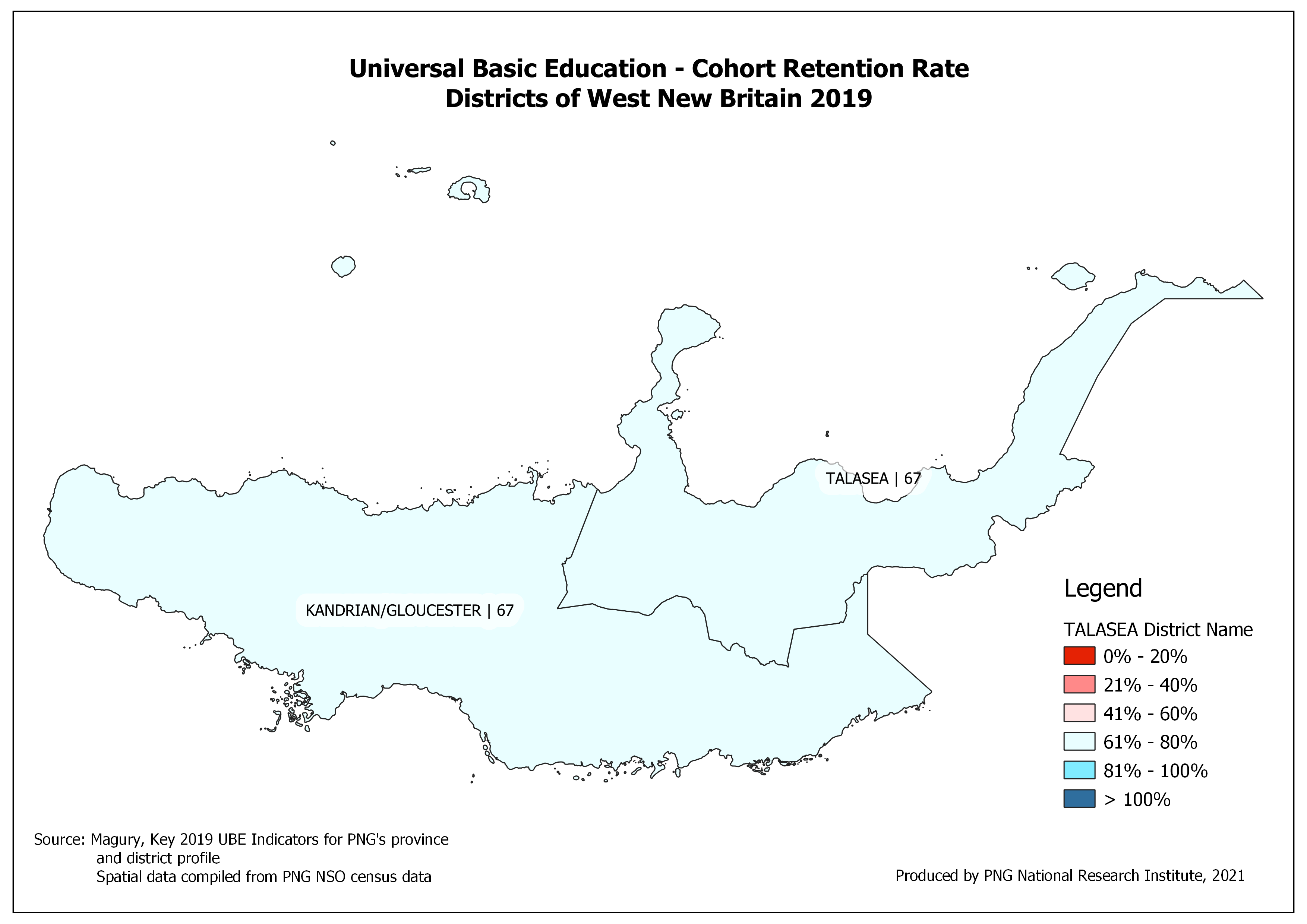 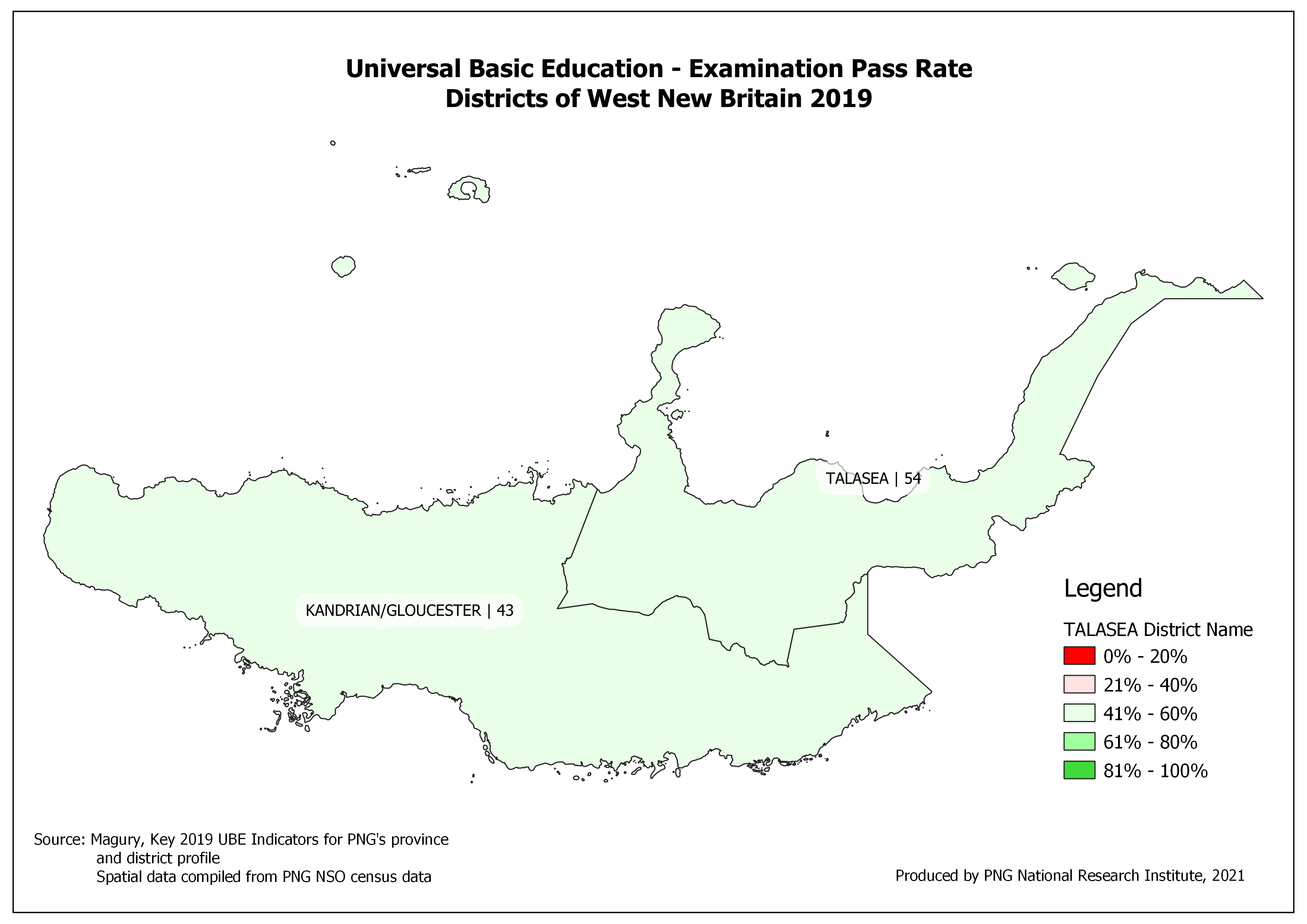 Figure 1 shows that the access rate is estimated at 63 percent of six-year-old children enrolled at the point of admission at elementary prep in West New Britain (WNB) province. This shows that about 6 children out of every10 children who are six years of age are enrolled in elementary prep in the province. At the district level, Talasea records the highest with almost 70 percent and the other district records a low rate which affects the provincial rates. The reasons vary and include enrolling later, however the push is to have all children who are 6 years old to be enrolled in schools.

Figure 3 shows the examination marks for WNB province, and the result was estimated at 48 percent which is below the all-PNG average at 49 percent in all subjects. However, at the district level, Talasia district performed well above the all-PNG average (49%) in all subject areas. The implications are that the students did not perform well in the Kandrian/Gloucester District and therefore, more work is required to improve quality of learning outcomes in basic education.

Access to education refers to the number of 6-year-old children who are enrolled in elementary prep expressed as a percentage of population of 6-year old’s of school-age population which is 6 years to 14 years.

Cohort Retention Rate refers to the number of pupils who successfully completed an education cycle as a percentage of the same group of pupils who started the first grade (elementary prep) of the cycle earlier. A cohort retention rate of 100 percent, or all children who started first grade, completing final grade is the target.

For more information on the status of the universal basic education, Click on this Link.