Technical issues: The impact on 2017 election results for women

This blog highlights some technical issues observed from the PNG National Research Institute’s ‘Women in 2017 Election’ study and how they impact women candidate’s political aspirations. The NRI Gender team carried out a study in Morobe Province (from 15 June to 30 June 2017) to understand election dynamics by documenting campaigns of women candidates and polling.

One way that women’s political participation and representation can be improved is through addressing technical electoral issues.

Highlighted below are some technical issues observed in campaign and polling that impact women candidates.

The issues identified during polling affects women more. Since independence, only seven women entered Parliament. If the technical issues are not improved, then women’s representation will continue to remain low. This is because the outcome of the election results tend to favour men as evident in the last nine elections.

Some of the technical issues include: 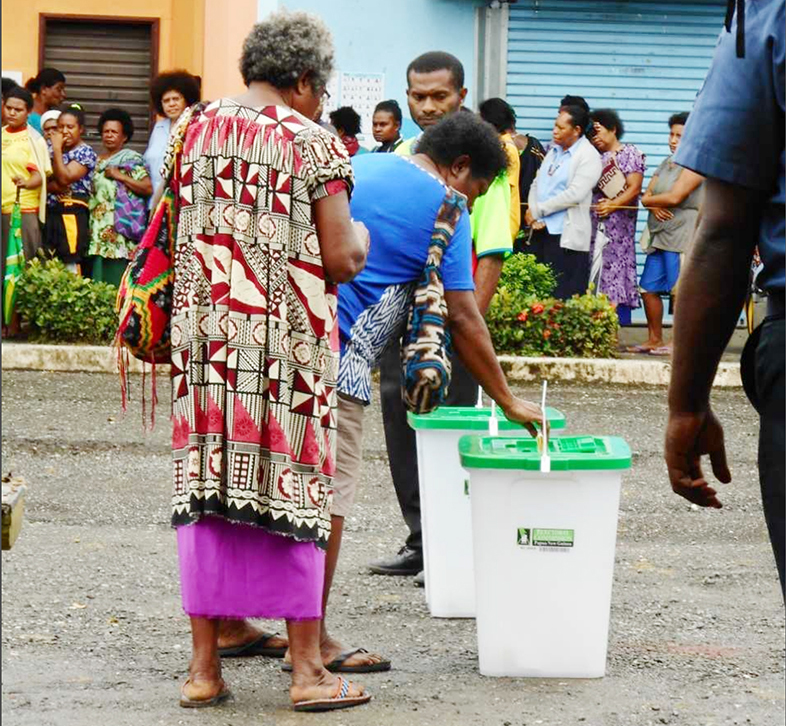 Other recommendations to improving women’s participation