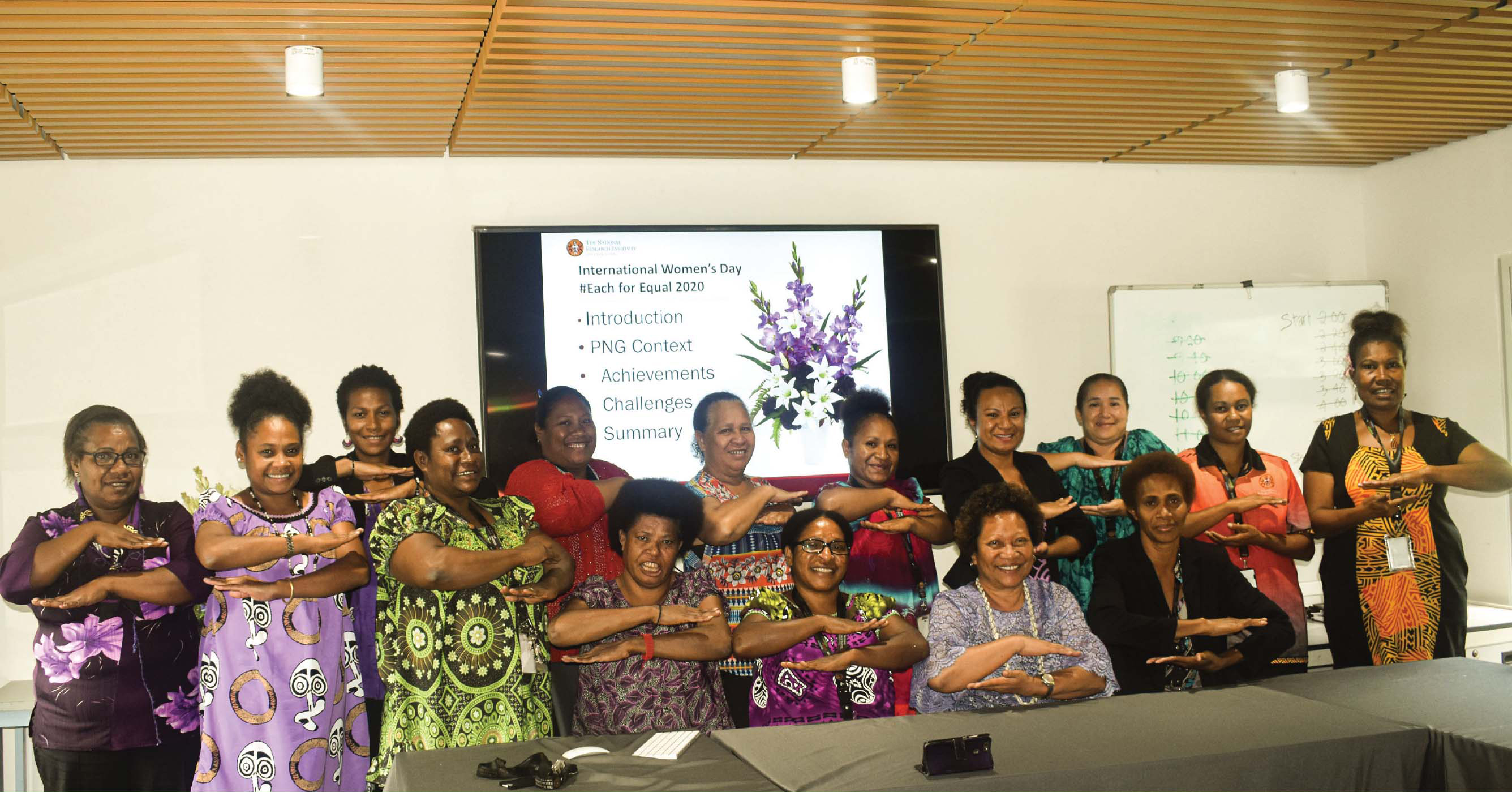 Papua New Guinea (PNG) joined the rest of the world on Sunday 8 March 2020 to observe International Women’s Day with the theme “I am Generation Equality: Realizing Women’s Rights”, with the campaign message ‘an equal world is an enabled world’, encouraging everyone to create a gender-equal world. International Women’s Day is celebrated differently all over the world since 1909, when 15, 000 women marched in New York City to demand better working conditions and voting rights.

The day is observed on March 8 every year to celebrate the social, economic, cultural and political achievements of women over the years. The aim is to bring together people of every gender, age, ethnicity, race, religion, and country and create a gender equal world.

This year, the Generation Equality theme refers to the multigenerational campaign that aims to bring together the next generation of women and girl leaders. This year also marks the 25th anniversary of the Beijing Declaration and Platform for Action. The campaign further aims to create an equal future for women which demands equal pay, equal sharing of unpaid care and domestic work. It also focuses on putting an end to sexual harassment and violence against women and girls, health care services that respond to their needs, and their equal participation in politics.

Despite the efforts by women and women groups in raising awareness to call for change in promoting gender equality, the progress is still slow. It will need everyone, every family, every community and every organization in PNG to work together to see change.

“There cannot be social change without equality of gender,” said Mexican Secretary of Foreign Affairs, Marcelo Ebrard as reported by UN Women. “If we do not reach that, there will be no progress. Societies will not change.” It will need everyone and every organisation to work together in their respective capacity to accelerate progress on gender equality, recognition for women’s rights and empowerment.

United Nations Deputy Secretary-General Madam Amina J. Mohammed, during her recent visit to PNG to mark the day in Port Moresby, warned that: “Violence against women poses a great threat to sustainable and inclusive development. If violence against women is accepted as a solution in the domestic home, it becomes acceptable everywhere. If there is no peace at home, there can be no peace in the community, and there can be no peace in the country. So, if this country is to succeed, it must start from inside a home.”

A similar message to the female staff on Friday, emphasised that we need to start from our home. In addition, how do we as individual contribute to an equal and fair society? This message was also reflected by Dr. Fiona Hukula in her keynote address at the Business and Professional Women’s Club International Women’s Day breakfast.

Like many other organisations, PNG National Research Institute (PNG NRI) women staff got together to observe the day on Friday 6 March 2020. The gathering was to recognise the achievements made by women and raise awareness on the existing challenges they face with emphasis on the need to keep women’s voices and needs at the centre of action.

The PNG NRI has been an advocate for gender equality through its Gender in Papua New Guinea, Informal Economy Program and the Building Safer Communities Research Program. The Gender in PNG Program focuses on three thematic areas 1) Gender based Violence; 2) Women in the Economy, and 3) Women in Leadership. The program looks at policies and approaches that impede both women and men to equally participate in and benefit from social, political and economic activities in the country.

Some women in PNG are involved in the informal economy, hence, the Informal Economy Program is concerned with the design and development of polices and strategies that support and promote a sustainable informal economy. To empower people, the three programs pays special attention on issues that affect women and children, disrupts communities as well as entities that address issues of social disorder, violence and peace.

At present the main agenda driven by the Gender in PNG Program at the PNG NRI is equal representation in positions of leadership and power, especially the PNG National Parliament.

The programs are linked to other programs that have similar goals such as the Universal Basic Education Research Program which encourages increased girls’ participation in education.

It is empowering to note that all these four programs are managed by women. The leadership of the programs through our female research leaders is important in changing the structures, norms and practices that discriminate against women. Moreover, such efforts contribute to the development, peace and harmony of PNG.