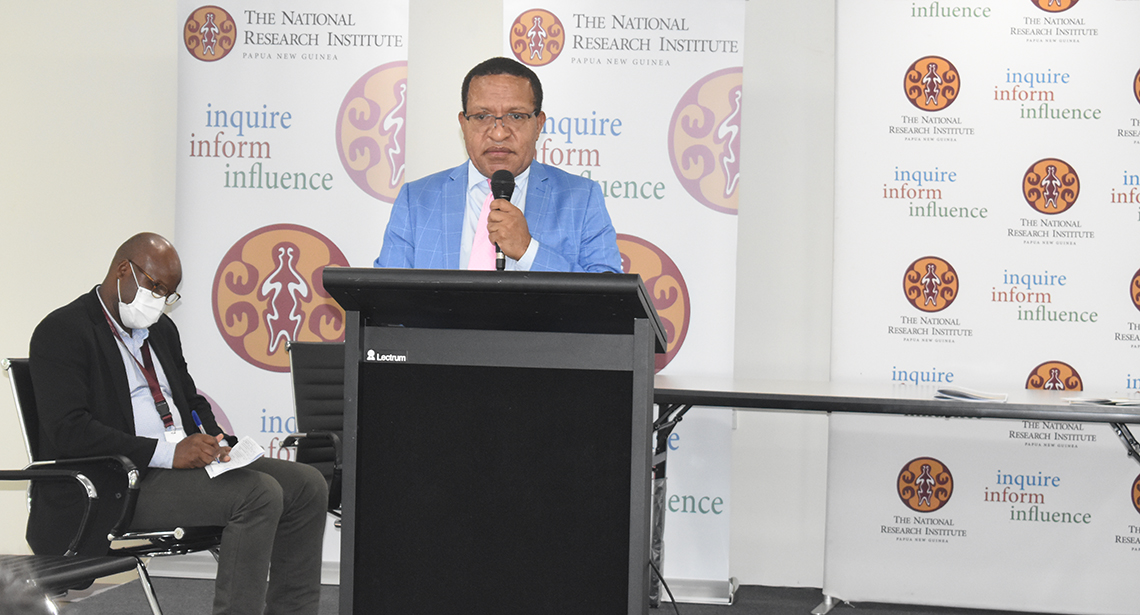 There have been films produced by Papua New Guineans like Albert Toro, on local themes and based on local settings that feature some of the PNG’s local stars like William Takaku.

Some of the popular films produced in the past years include Tinpis Run, Tukana and Marabe.

But to have a film industry with a thriving and demanding market requires government intervention through an undertaking to develop it. The wait for this to happen has been in vain.

However, it was motivating to hear the Minister for Higher Education, Research, Science, Technology and Sports Hon. Wesley Raminai, MP, raise the curtain by encouraging the PNG National Research Institute (PNG NRI) to do research into the development of the film industry.

He made this call during his last visit to the Institute where he launched the PNG NRI’s 10-year Strategic Plan and three-year Corporate Plan, stating that “the government needs evidence-based information for its decision-making”, and with the mandate to conduct research and provide expert advice to the Government, it should look into this business.

“I challenge NRI to do research into developing the filming industry. You (PNG NRI) must carry out research into this area. Make enquiries into cinematography, collate views on filming projects conducted in PNG and make recommendations to the government,” he said.

“The Government needs evidence-based information for its decision making. As the Minister responsible for research in the country, I endeavour to provide the leadership and drive to strengthen the role of research and development in the country through the established institutions, including NRI.”

Mr Raminai pointed out the interest shown by the wider population through the influence and rise in the use of social media, especially the making and promotion of videos.

“One of this social and technological thrust is the emergence of YouTube videos uploaded on the social media. This is in fact, the interest shown in videos and filming that the global community is advancing to.”

He said his intention to pursue the filming industry stems from the fact that TVWAN viewers are so fascinated to watch the Filipino and Indian drama series.

“What would happen if our very own Papua New Guineans do short drama series films? Why don’t this be trialled?”

Interestingly, there are individuals and organisations producing films and promoting the production of films. One such body is the Centre for Social and Creative Media based at the University of Goroka that produced Pawa Meri (Powerful Women).

Mr Ramina’s call was timely and in line with the work the National Cultural Commission (NCC) has embarked on in formulating a film policy to grow the film industry in PNG through the National Film Institute (NFI) as reported by The National recently.

Having produced a lot of local films and talents in its yester years, the NFI is an important organisation to start with to progress towards establishing a film industry. This could start with promoting PNG’s rich cultures, its people, environment, way of life and awareness on issues facing the country.

Considering the technological and commercial aspects of the film industry as well as the resources needed for it to get off the ground, it will need a lot of collaboration to ensure this dream becomes a reality.