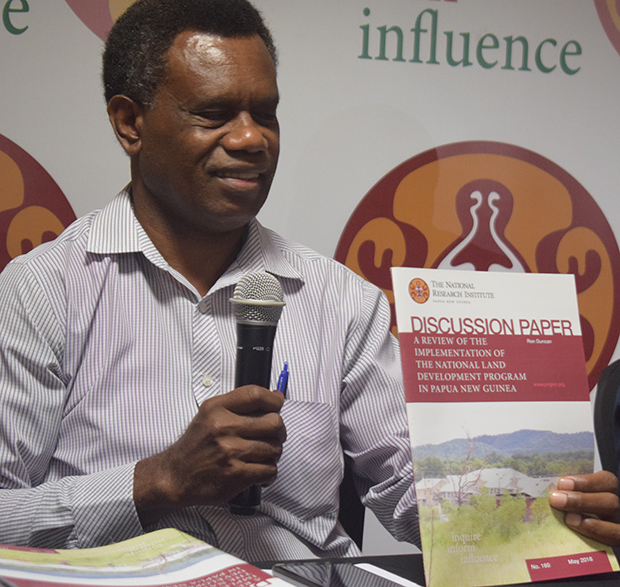 The report describes the achievements recorded by the NLDP, challenges faced in the implementation of the NLDT recommendations and strategies that could be used to move land reforms in PNG forward.

The NLDP resulted in the creation of the legal and administrative frameworks within which customary land can be unlocked for sustainable development such as the Incorporated Land Group (ILG) and Voluntary Customary Land Registration (VCLR).

The Land Court, which has been playing an important role in the resolution of land-related issues was established under the Magisterial Services. Several awareness programs were undertaken by the Constitutional and Land Reform Commission to improve landowners’ understanding of legislations associated with land reforms.

Most of the recommendations for reform of the Department of Lands and Physical Planning (DLPP) have either been partially implemented or not implemented at all. It has been difficult to convince commercial banks that the long-term leases of customary land are solid collateral.

The primary strategy for taking the implementation of the NLDT recommendations forward is to focus on building widespread community understanding and support for the land reform. To do this, there should be efforts to foster local ‘champions’ of the reform among provincial and local-level government officials. It is necessary for government at all levels to support projects developing customary land using long-term leases. It is also necessary to support projects that assist in educating the public on legislation associated with land reform and its benefits through promoting pilot projects.

Findings from the report is expected to assist us in setting a new direction for land reform initiatives.