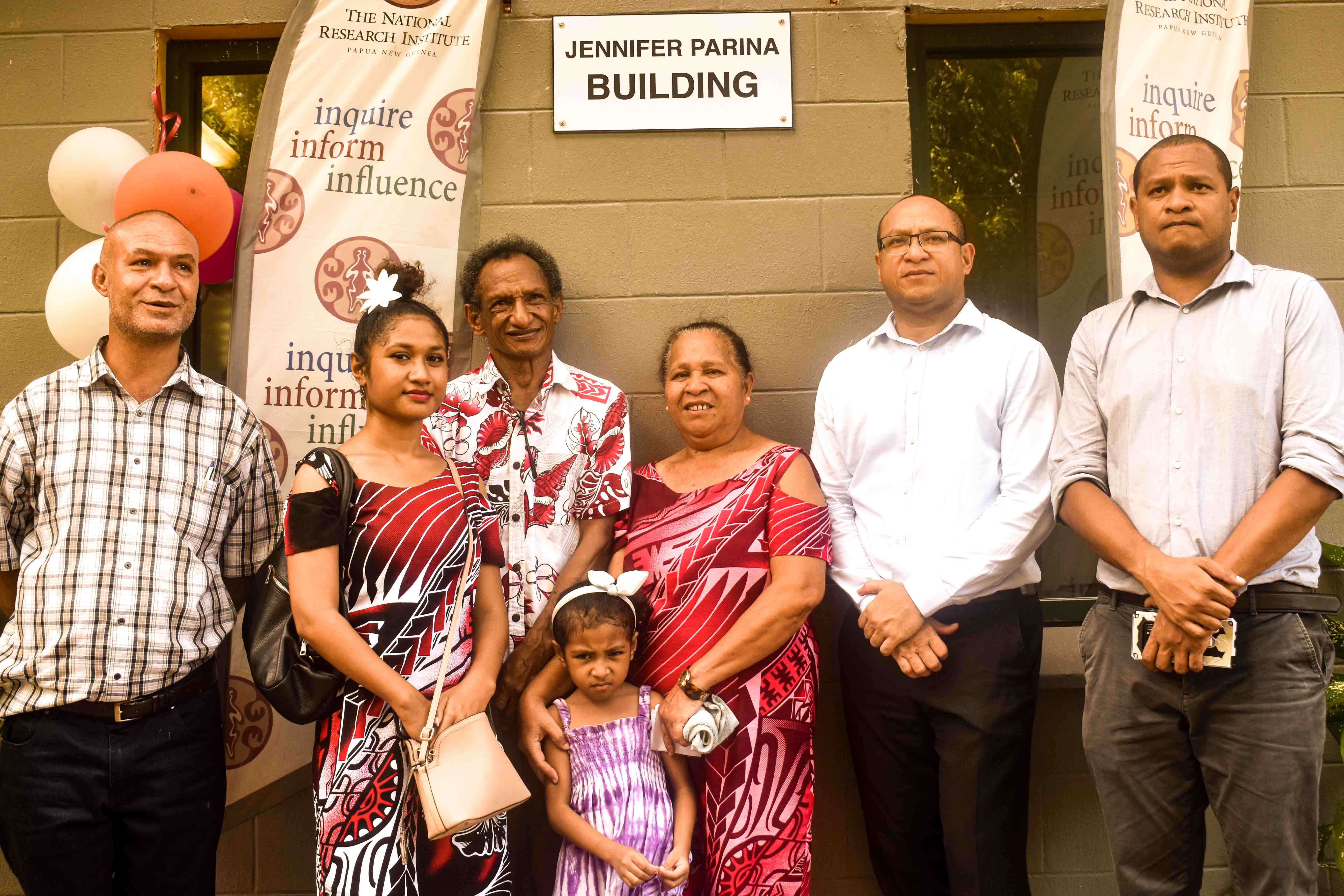 The Papua New Guinea National Research Institute (PNG NRI) has named one of its buildings after its longest serving staff in recognition of her loyalty and dedication to the Institute.

The Support Service Building was named after Mrs Jennifer Parina during a farewell ceremony today.

Mrs Parina’s farewell coincided with the unveiling of the name of the building. The Acting Chairman of the PNG NRI Council Mr Wilson Thompson said the Council had the authority to name or rename buildings and physical assets to honour significant contributions and significant benefactions to the Institute.

“Mrs Parina has set the benchmark for the non-research staff. Therefore, it is fitting that the support building which houses the two support divisions of the Institute is named after her.”

PNG NRI Director Dr Osborne Sanida, in acknowledging Mrs Parina’s unwavering service to the Institute, said that Mrs Parina has shown what loyalty and dedication in the public service is.

“Her contribution is not just to PNG NRI but to the public service and the country as a whole.”

She started as a Personal Secretary to the Director in 1980, Dr. John Conroy, and worked her way up to become the Editorial Unit Leader, her current position.

During her time of service, Mrs Parina also served as Staff Representative to the PNG NRI Council from 2014 to 2016. She has served under 10 Directors of the total 11 PNG NRI directors since 1975 and nine NRI Council Chairmen.

A luncheon was hosted at the PNG NRI Coffee shop to farewell Mrs Parina. The occasion was witnessed and attended by the NRI Council Members, her family and PNG NRI staff as well as the media.