PNG NRI farewells staff after three and half years of service 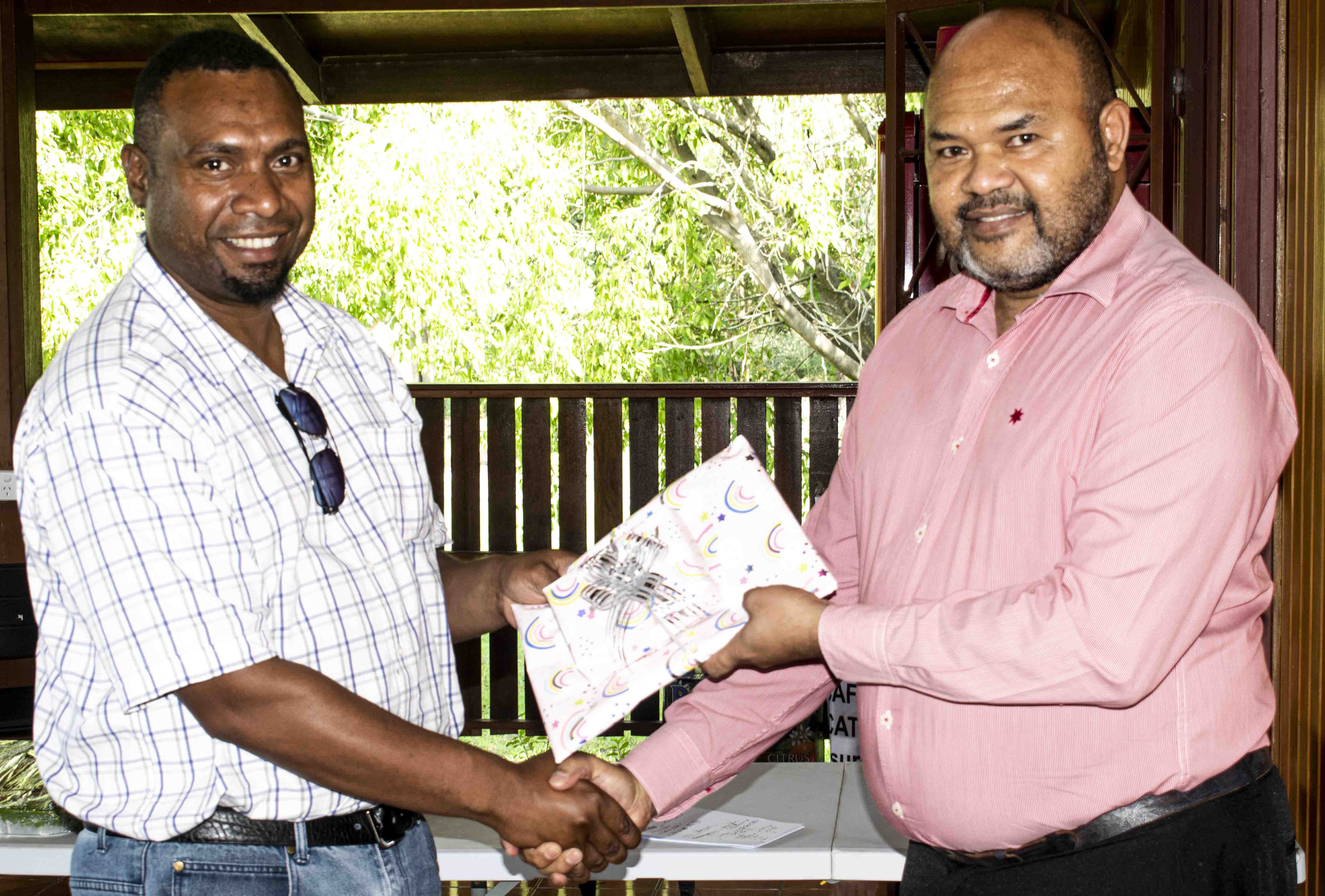 Speaking at the farewell ceremony, PNG NRI Deputy Director, Research, Prof. Eugene Ezebilo thanked Mr. Wayne for his contribution to moving PNG NRI forward. He said Mr. Wayne has contributed a lot to the institute including policies and staff recruitment. It is sad to see Mr. Wayne leave but “there is time for everything and it’s time for him to step aside,” Prof. Ezebilo said.

PNG NRI Director Dr Osborne Sanida, on behalf of the council, management, and staff, also thanked Mr. Wayne for his services to the institute. He said sometimes it’s not about the number of years but it’s about your contribution. “Your role as the HR manager is a challenging one because you are dealing with the behaviour of human beings. We acknowledge your contribution to managing human resources in PNG NRI and also dealing with other organisations in the country.

Mr. Wayne thanked everyone whom he worked with during his time with PNG NRI. “It’s not easy, especially coming here and working with highly trained intellectuals of the country and rubbing shoulders with Ph.D. holders and Master’s holders, it’s amazing,” he said. “I’ve learned a lot from PNG NRI and I’m walking away satisfied that I have given something back to the institute.”

He said it has been a good journey but there’s always time for new doors to open and old doors to close.