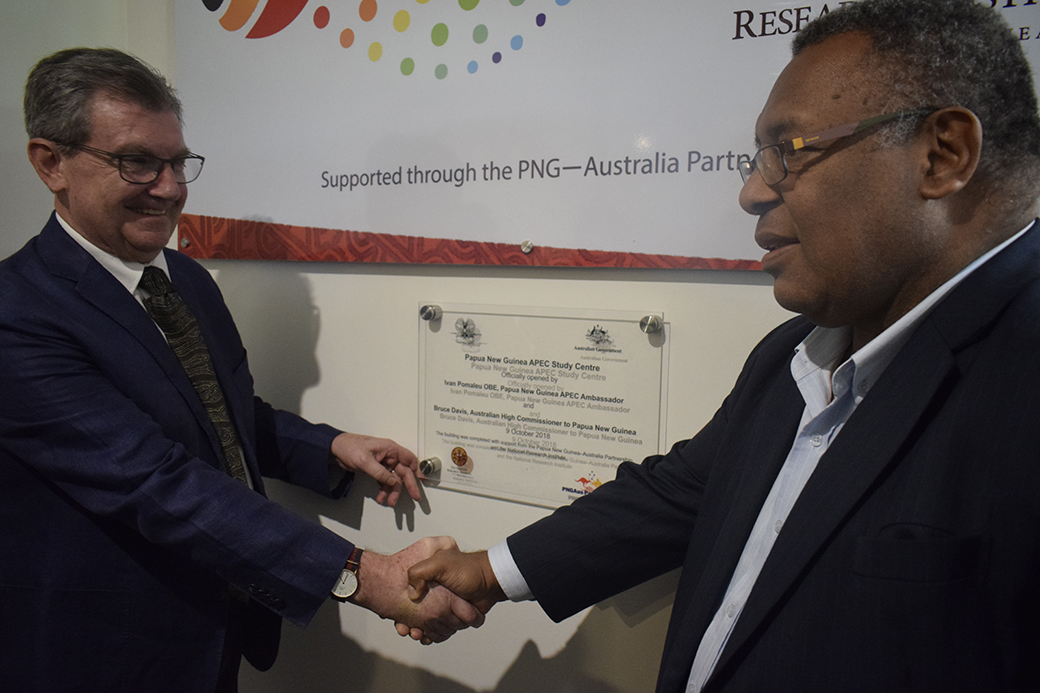 The PNG APEC Study Centre (PNG ASC) located at the PNG National Research Institute (NRI) is now being embraced by staff, researchers and a regional audience.

The Study Centre was established via a Memorandum of Understanding signed between the Government of PNG via the Department of Prime Minister and National Executive Council (NEC) and the PNG NRI in February 2017.

Four full-time personnel have been recruited and the physical set-up of the Centre is anticipated to be completed in early next year. The Study Centre’s establishment and initial operations are funded by a partnership between the Government of PNG (GoPNG) and the Australian Government. The Centre is working closely with GoPNG and its partners to produce APEC related research that is evidence-based with a policy-outcomes focus.

In addition to the work to support PNG’s hosting of APEC 2018 and PNG’s involvement in APEC generally, the establishment of the PNG ASC is part of NRI’s bold plan to enhance and modernise the Institute as part of its Knowledge Hub development strategy.

The changes taking place are evidenced by the facilities currently being constructed on the PNG NRI campus, the Institute’s strengthened research capacity, and its commitment to inquiring, informing and influencing public policy.

‘The APEC Study Centre will be an opportunity for NRI to collaborate with regional partners and develop as the leading policy think tank in PNG,’ NRI’s Acting Director Dr Osborne Sanida explained when addressing NRI staff at a recent PNG ASC launch event.

In May 2018, the PNG ASC will host the APEC Study Centres Consortium Conference (ASCCC). The conference will put PNG NRI on the regional stage and bring together the Asia-Pacific’s leading thinkers to deliberate on regional and local policy challenges and how these could be addressed.

The ASCCC will address the central theme, ‘Harnessing Inclusive Growth in an increasingly connected region’. As well as the high-level APEC thinking, PNG NRI will ensure research focuses on real and practical problems faced by the people of PNG.

The conference will be the first milestone for the newly established ASC at PNG NRI. Going forward, the Centre will support long-term development of regional partnerships and facilitate evidence-based research and public policy dialogue. The PNG ASC builds on the foundations of NRI as PNG’s leading public policy think-tank with evidence-based research at the core of its business model.