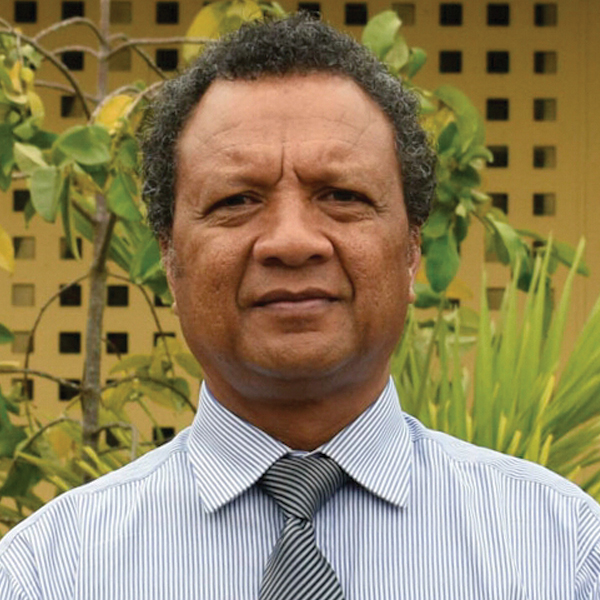 Dr Ora Renagi is the Acting Vice Chancellor at the University of Technology (UNITECH) in Lae Morobe Province. He joined the PNG NRI Council as a member in 2017.
He has served with the UNITECH for 35 years. From 2001-2009, he was the Acting Head of Applied Physics Department, from 2009 – 2014 he was made an Associate Professor and continued to act as the head of Applied Physics Department. He served as the Deputy Vice Chancellor from 2014 up to his appointment.

Dr Renagi serves as the Chairman of Lae Polytechnic Institute Board and Chairman of Appropriate Technology and Community Development Institute (ATCDI) Board. He was appointed to the Morobe Climate Change Committee to oversee adaptation programs managed by the Adaptation Division of the Office of Climate Change, PNG. Dr Ora has been on the academic board of UNITECH, National Education Board for Secondary Education, UNITECH 2030 Planning Committee, UNITECH Development Company Review Committee, Library Committee of UNITECH (Chairman), and the Admissions Committee of UNITECH.

He has written nine scientific publications, three conference papers, two poster presentations and four major reports.
Since 2001, Dr Renagi was engaged in various consultancies to do with ocean graphic studies and analysing sediment transport and distribution patterns within Papua New Guinea and overseas. Dr Renagi was awarded the Order of Logohu (OL) by the Governor General of PNG in 2015. He is actively involved in various community work in the Morobe Province.