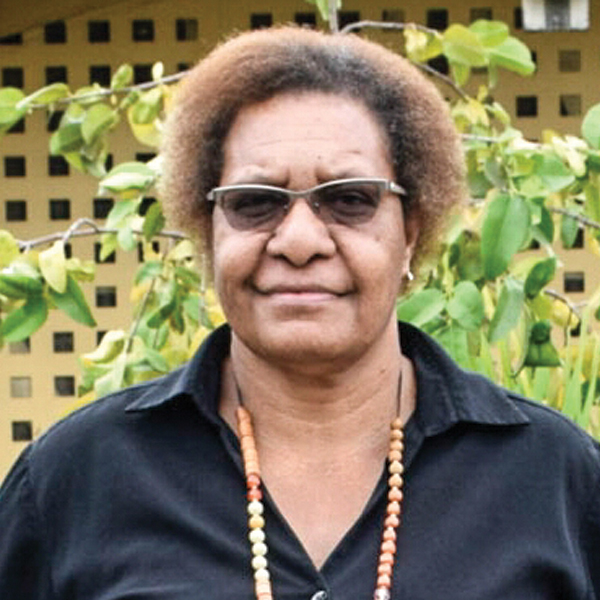 Professor Betty Lovai is the Executive Dean of the School of Humanities and Social Sciences, at the University of Papua New Guinea. She was nominated as the university’s alternate representative to the PNG NRI Council in 2016. Professor Lovai received the United States Secretary of State’s International Women of Courage Award in recognition of her exceptional courage and leadership in Human Rights, Gender Equality and HIV and AIDS in 2010.

Professor Lovai is the Chairperson of the HIV and AIDS Research Advisory Committee and PNG’s representative on the Pacific Women Research Strategy Advisory Group. She is a member of the Environment Council of Papua New Guinea (second term), member of the Lands Development Advisory Group under the National Land Development Program, member of Women in Political Leadership Reference Group, and member of Coalition of Public Service Women in Leadership Committee. Since 2010, she has served as the University representative on HIV and AIDS Research Advisory Committee on the National AIDS Council Secretariat. She is also a Judge on the 2016 and 2017 Men of Honour Award Campaign (Run by Digicel Foundation).

Notable among her past achievements is her role as a Commissioner on the Constitutional and Law Reform Commission for two terms, Chairperson of PNG Sustainable Development Program Limited Advisory Council, UN Women Advisory Committee 2012 and as the Director on the PNG Sustainable Infrastructure Ltd Company Board.
Professor Lovai brings to the Council, a wealth of knowledge and experience at the academic level, social works and as a well-recognised and prominent Papua New Guinean woman who is well versed with the many issues affecting women in the country.